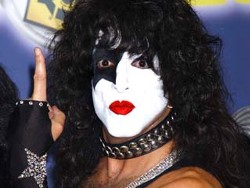 Ain’t Quite Right • Move On • Tonight You Belong To Me

"I used the E Bow on quite a few [tracks]. I really found it incredibly useful. I don’t know how practical it is for live performing, because you can only utilize it on one string at a time, which really makes it a little difficult. Most of the time on [the album] when there was an E Bow there was really between three and six of them over-dubbed. They were on ‘Tonight You Belong To Me’; on the melodic line from the front of the heavy section, it’s not a keyboard, it’s the E Bows"