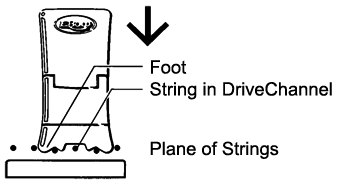 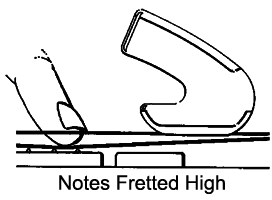 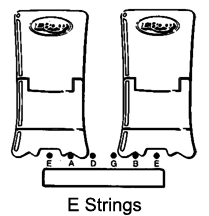 When playing the E strings (1st or 6th), only one string supports the EBow. The high E string is the hardest to activate quickly, so press the EBow to bring the DriveChannel closer to the string, and tap the fretboard a little harder with your left hand. Slide up and down the fretboard with one finger for a more consistent sustain.