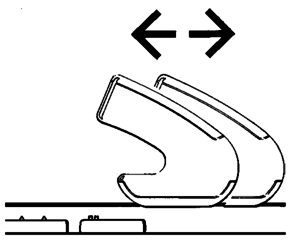 Notes played above the 12th fret on the D, G and B strings sound the most reed-like. Glide the EBow to and from the pickup quickly, in a small sawing motion. The idea is to mimic a harmonica's vibrato. The EBow should be about 1/4 inch away from the HotSpot at its closest approach. A little extra pressure helps drive the strings when playing in the higher reaches of the fretboard. Use a phase shifter set on a light, slow phase to enhance the harmonica imitation.